Despite this, very little research has been done on how the pesticides often used at plant nurseries impact these crucial insects.

So Cecala and Rankin conducted an experiment to see how the use of a common neonicotinoid on ornamental plants would impact the solitary alfalfa leafcutter bee (Megachile rotundata). The answer? Quite a lot.

When the pesticide was applied at just 30 percent of the recommended dose, it still reduced the bees’ reproduction by 90 percent.

“This result reminds us that while ornamental plants serve as critical resources for solitary bees, we must be vigilant about how we manage these plants and the chemicals we apply to them,” Cecala told EcoWatch in an email.

The research, published in Proceedings of the Royal Society B last month, was designed to determine how different nursery pesticide management practices might help or harm bees. In particular, Cecala and Rankin wanted to know if the amount of water the plants received would make a difference.

“Overall, we don’t know a lot about how plant management practices in agriculture, particularly horticulture, affect solitary bee reproduction,” Cecala said. “To fully understand the impacts of neonicotinoids on pollinators, one should also know whether the plants themselves are affected by these chemicals.”

Because neonicotinoids are water soluble, Cecala thought that watering the plants more would lessen the pesticides’ impact on bees, according to a UC Riverside press release. To test this, he and Rankin introduced bees to ornamental plants that had been treated with 30 percent of the label dose of a common neonicotinoid and plants that had not. Within each category, some of the plants were watered more, and some less. The particular pesticide they used was imidacloprid, a neonicotinoid sold as Marathon®. This is a pesticide designed for use in nurseries and greenhouses that has been on the market since 1994.

While the study was conducted in the controlled environment of the lab, Cecala said it was likely that nursery pesticides are harming bees outside the lab as well.

“[W]e observed highly detrimental impacts on solitary bees’ reproduction when applying only 30% the recommended dose of the insecticide – an applicator would likely follow the label’s recommended dose,” he said. “If applied to a bee-attractive plant that is currently flowering or soon to flower, there is reason to believe we would see similar negative impacts on these ‘real world’ bees.”

The results of the study were not surprising for Daniel Raichel, who is the acting director of the Natural Resources Defense Council (NRDC)’s pollinator initiative. Instead, they add to a growing body of evidence pointing out that neonicotinoids are extremely harmful, both for bees and other animals.

These pesticides are a problem for two main reasons, according to Raichel. First, they are “phenomenally toxic,” he told EcoWatch. One study found that agriculture had become 48 times more toxic to insects in the U.S. between 1992 and 2014, largely because of neonicotinoid use.

Another problem is that neonicotinoids are designed to be absorbed by every part of a a plant, to “make the plant itself the pesticide,” as Raichel put it. This means that they are also easily absorbed by the environment, spreading through the soil and contaminating wild plants and bodies of water.

A growing body of research shows that this spread has negative consequences for both insects and other animals that eat them. They have been found to delay songbird migration, collapse fisheries and cause birth defects in white-tailed deer.

“Because neonics are so popular across the country and they’re used in the same places year after year after year, building up in the soil and spreading out, getting into water, getting into the ecosystem, getting into food, we have a situation that sort of looks like the second Silent Spring,” Raichel said, referring to the classic Rachel Carson book about the dangers of DDT.

The Importance of Native Bees

While the study may not be surprising, it is important partly because it helps to expand the study of neonicotinoids from the more-researched honeybees to solitary, native bee species.

“This is a groundbreaking study because it’s one of the few that looks at pesticide use in plant nurseries and the impact on native bees,” Bee Conservancy founder and Executive Director Guillermo Fernandez told EcoWatch.

Native bees are “hugely important,” according to Raichel, both in terms of wild plant and crop pollination. But they are also hugely under threat. Of the 4,000 bee species native to the U.S., nearly 25 percent of them are threatened with extinction. And the study confirms that pesticides are a key threat.

“Solitary bees represent the vast majority of bee species and the impact to solitary bee reproduction shown in this study is very troubling,” Center for Biological Diversity staff scientist Jess Tyler told EcoWatch in an email. “Solitary species are more at risk from pesticide exposure because each female bee is responsible for her own nest and if she is killed then her genetic legacy is gone.”

“I would like to see more explicit language on product labels about the dangers these insecticides pose to bees, especially solitary bees,” Cecala said. “While the label does state it is ‘highly toxic’ to bees (though not even on the first page), it only warns the user not to apply it if bees are currently foraging. Our results stress that very real threats are posed to bees weeks to months after application, even if the plant was not blooming at the time the pesticide was applied.”

Both Raichel and Tyler further noted that current label rates are clearly too high. Tyler further urged the U.S. Environmental Protection Agency (EPA) to require buffer zones for pollinators and remove the application methods that have the greatest risk of spreading chemicals.

“If there are no mitigations that prevent the poisoning of wildlife then pesticides should be withdrawn from the market,” he said.

Raichel also advocated for a targeted ban of neonicotinoids in areas where they are not truly needed. For example, the NRDC is currently promoting the Birds and Bees Protection Act in New York, which would ban the sale and use of neonicotinoid-coated seeds.

There are also things that home gardeners can do to protect native pollinators.

“While the insecticide formulation we tested in our study is intended for nurseries and greenhouses, the same active ingredient (imidacloprid) is common in numerous products for use in residential gardens and lawns,” Cecala said. “If you are a home gardener concerned with ‘saving the bees,’ I would urge you to closely inspect the labels of any chemical product you encounter at the store, and to try to avoid applying neonicotinoids altogether.”

“The more you see homeowners demand that the plants that they are buying are chemical free, you’ll see the markets move in that direction,” he said.

The problem likely extends beyond nurseries to other non-agricultural greenspaces like golf courses, Fernandez added, which concerned users can also influence.

Further, he added, home gardeners can do even more to make their yards bee-friendly than just abstaining from pesticides. Suggestions include:

Some native bee species have a range of only a few hundred feet, he noted, meaning your backyard could be their “entire world.”

“We can actually make quite a change,” he said. 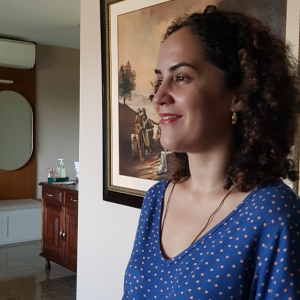